How to Make Use of Influencers to Produce Engaging Content

In this post, we’re going to guide you through several ways you can use influencers to create content for your brand.

1. Use Influencers for Brand Engagement

Whenever you hire influencers, one main goal is usually to generate higher brand engagement.

However, brands tend to wrap influencers around a set of strict rules that restrict their creativity. This is detrimental to getting engagement.

Influencers know the pulse of their followers— having successfully created the type and kind of content their audience is going to find useful, relevant, and highly engaging. This is the reason behind the bonding and trust influencers enjoy.

For example, a globe-trotting travel influencer tends to create content around his travel itinerary. This gives him a steady fodder of content—both photos and videos of people and places that he can post to his social media account. He knows the kind of captions to use. The right photography settings and a thousand other details. This lets him create content his audience trusts and likes.

Followers are also quick at differentiating good content from bad. They dislike content that appears over promotional.

So when it comes to promoting a brand, influencers must be allowed creative freedom to work the angles they feel are best.

An example of this comes from the craft beer subscription box company Craft Beer Club, which worked with a popular Youtube influencer in the craft beer industry to unbox and review its beer of the month club. The influencer was given the freedom to review the product the way he chose.

Here’s another example to learn from: 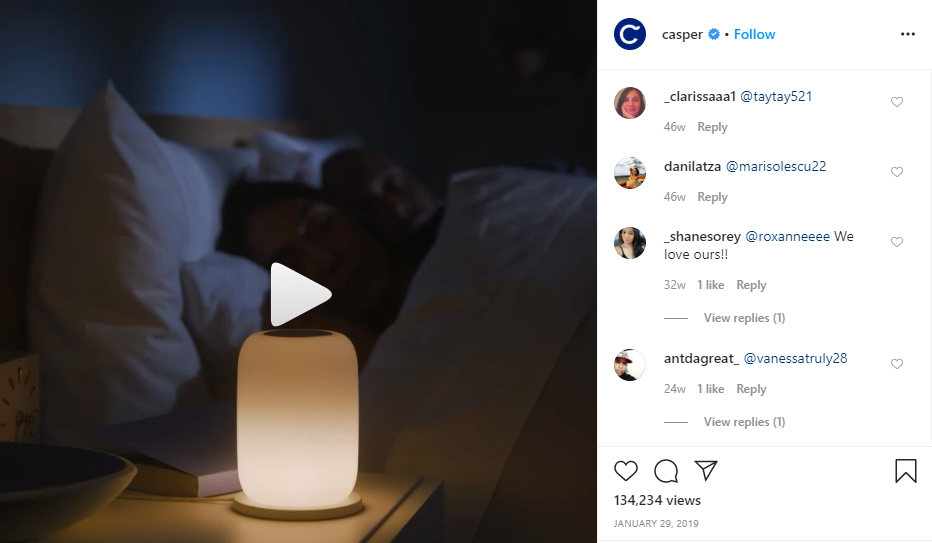 When Casper launched as an online mattress company in 2014, success came quickly on the back of influencers posting unboxing videos on YouTube and Instagram.

Casper is now a multi-billion brand and owes most of its marketing success to creative influencer campaigns. Even for its recent launch of the product Glow Light, Casper collaborated with influencers who created content by posting pictures of the product to their social media feed.

In addition, you can run contests and giveaways to create buzz through social media around your product.

91% of posts with 1000 or more comments are contests, according to research from Tailwind. 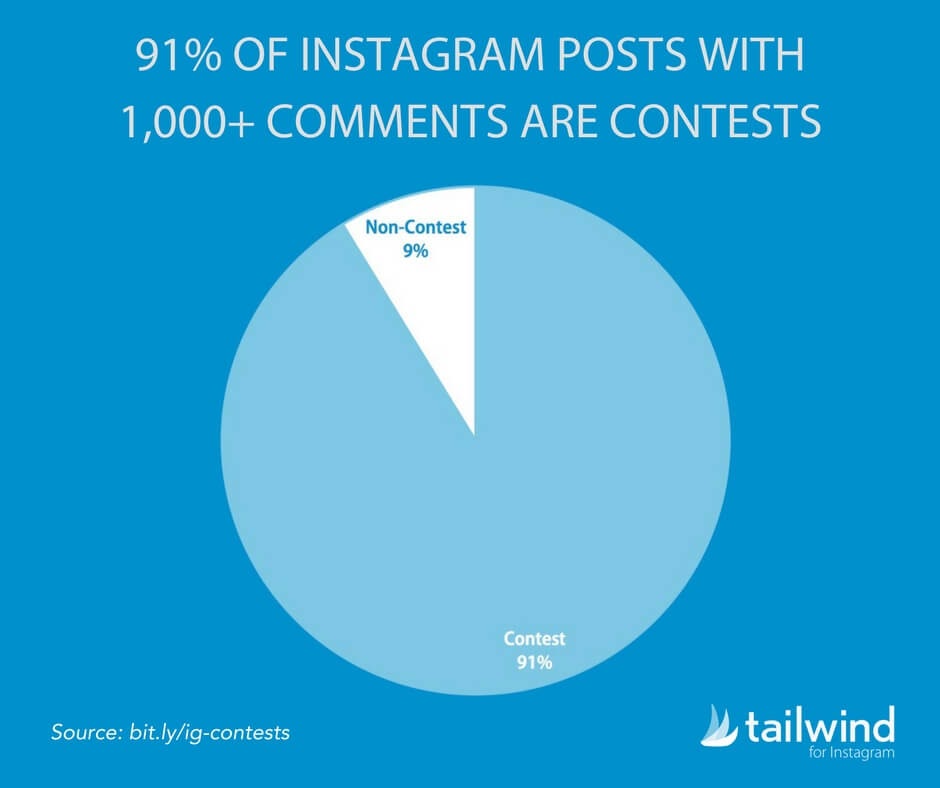 The statistic above shows that Instagram contests are one of the best ways to improve brand engagement and awareness. Even just with comments, you generate lots of noise around your brand which creates a trickle-down effect on other content on your profile.

Most contests are geared towards increasing the number of followers, so your content is going to get more likes and shares after the contest is over, thanks to the new followers.

The right kind of contest should enable influencers to create a conversation among their followers, encouraging them to learn more about the product.

Always have a dedicated contest landing page to describe the rules and prizes in detail.

If you choose to work with influencers for product reviews, choose micro-influencers.

Research from ExpertVoice shows that micro-influencers produced 22.2 times more engagement compared to “bigger” influencers when they recommended products to their audience. Impressive right? 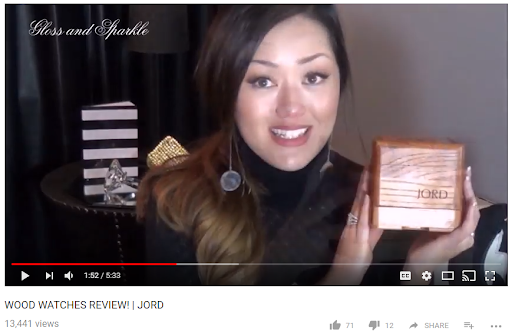 In the example above, the video created by a micro-influencer with a not-so-impressive following got thousands of views.

The Right Way to Recruit Influencers

When it comes to selecting influencers most people tend to look out for influencers with a gigantic follower count. While that may help to a certain degree, high follower counts aren’t necessarily relevant to your brand and industry. That’s why follower counts shouldn’t be the sole metric that guides your decision.

What should matter to you as a brand is the degree of loyalty followers have towards an influencer.

If they have millions of followers and their engagement translates into a dozen likes or a handful of comments that’s saying a lot about their followers’ loyalty.

That’s the kind of lukewarm response you want to avoid for your product promotions. You can get a clear idea of a loyal following in shares, genuine comments, likes, and overall engagement. Engagement that’s high on all fronts is difficult to fake. That’s the kind of influencers who you should be after.

Never pick influencers based on how low or high they charge. That’s a trap. Instead, look for the engagement they’re able to bring to the table.

The thing with working with influencers is: it’s a matter of scale. If you decide to work with just one influencer to test the waters and give up after one round of poor performance, influencer marketing isn’t for you. For instance, Phazon created a referral scheme to promote its product and raised over $2 million in funding. They became successful because they collaborated with lots of influencers rather than just a few.

Where to Find Influencers

There are many platforms where you can find the right influencers for you.

Whatever industry you’re in, you can always leverage influencer platforms to get an idea of the most popular influencers by niche. On these platforms, you should be able to sort influencers by follower counts, cost per engagement, impression, and popularity.

George is a SaaS marketer and blogger with several years of experience. He started his career working at CrazyEgg. He now blogs at ThinkingNE and Kamayobloggers.